On Sin and Celebration.

My deadliest sins have always been greed and gluttony. While I’m no more proud, lustful, or envious than any other man, and while sloth deters my wrath, I have always been inclined to overindulge. As a spoiled kid with a high metabolism, this wasn’t much of a problem until later in life, although a particular Nordstrom gala does come to mind.

I was eight years old and posted at the sweets table when my mother’s personal shopper spotted me with a mouth full of cream puffs. Leaning down to meet my eyes, she softly said, “if you eat any more of those, you’ll turn into a cream puff”.

Seventeen years later, I still remember the white hot embarrassment that flooded my entire body at that moment, rushing from my cheeks to the tips of my sticky little fingers as they timidly released what might well have been my thirtieth cream puff of the evening.

I couldn’t tell you a single thing I was taught in high school, yet I can vividly recollect in alphabetical order my own juvenile social faux pas. I think that type of selective memory is common to the human condition, though. World shattering blunders tend to yield indelible memories, while formulas and dates succumb to the verses of Nicki Minaj.

The vulnerability I feel to this day while eating in public doubtless has roots at that gala, although I have no qualms going to town on a doggie bag. After all, no amount of shame can cure greed or gluttony, but it can encourage the secrecy of their deeds.

Moreover, the real problem with spoiled kids is that we often turn into spoiled teens, and later, ill-equipped adults who are suddenly overwhelmed by things like deadlines or the bus. An innocent lack of discipline blossoms into a treacherous lack of self control, and before you know it, you’ve taught yourself to binge in the shadows, eventually replacing cream puffs with Klonopin until you’re chasing those in the shower every morning with warm gin to maximize the contentment with which you can receive the world. Or so I’m guessing.

The point I’d like to make here is that we’re all sinners. My sins most often manifest from some indiscretion with portion control, whereas you may be more prone to tantrums or coveting your neighbor’s livestock. And while I don’t think that we are going to Hell, if for no other reason than Hell is an untenable construct, I do think that it is important for us to acknowledge our sins earnestly and to live by standards that actively combat our demons instead of giving into them. 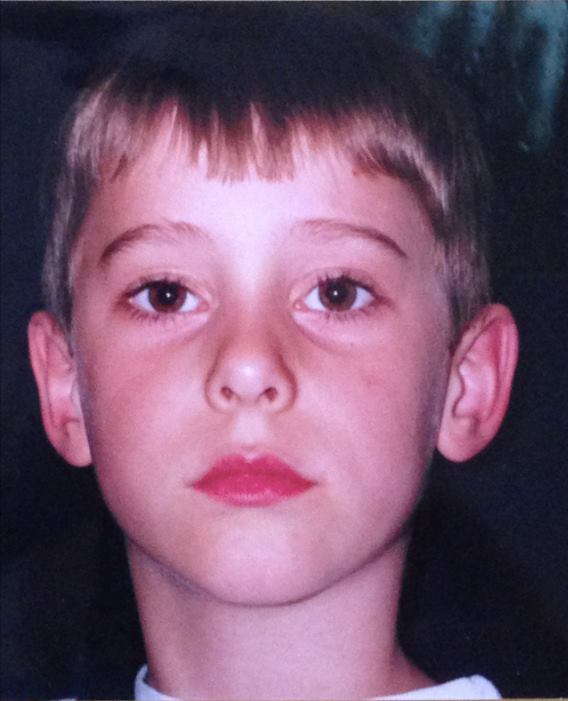 One year ago today, I experienced my last hangover. The decade of heavy drinking that lead up to that hangover ensured it was a doozy, to say the very least, but I haven’t had a drink since then. A feat of which I am justly proud as someone who is so driven by their hedonistic id.

And as I sip my fifth English breakfast tea well into the evening and revel in the baroque verbiage of this narrative, I’m quite aware that I haven’t fully tamed all the symptoms of my greed and gluttony. However, I confronted the symptoms I knew to be poisoning me, and I took action to better myself.

Saying “when” was never a God given talent of mine. I knew that in order to live my best life, I needed to eliminate alcohol from it entirely and immediately. Although this was incredibly unsafe medically speaking, I knew that it was the only way for me to permanently quit the sauce. I took the same approach to cigarettes shortly after, and one year later I am healthier and happier than I have ever been, alcohol and smoke free.

Fair is fair, I don’t know where I’d be without the love of my life for whom I try to be a better man each day. My husband fought for me when even I wouldn’t, and seeing my own potential through his baby blues has become my godless version of “one day at a time”.

And I realize that cold turkey isn’t easily digestible for everyone, and that not everyone has the luxury of a soul mate to hold their hand during tumultuous times of change (and withdrawal). But I believe that no one is truly alone. If you are, perhaps it’s time to evaluate why you are alone before anything else.

Otherwise, shelving your pride, recognizing your deadliest sins, and asking for help are all crucial in living up to your potential. I want you to live your best life, and I want to celebrate how I’m living mine by sharing it with the world.

My shoe budget has tripled since quitting Marlboros alone, and Portland, Oregon has some of the best goddamn brunch in the world. That said, while everyone had a great run, I’ve decided I’m ready to be in charge of social media.

My sobriety has made me more powerful than ever, and I am beyond thrilled to be able to channel my deadliest sins into a productive, interactive outlet, documenting my experiences as I navigate school, work, love, sobriety, and the finer things in life.

The Myth of Constituency